The Wangari Maathai Foundation is a non-for-profit organisation dedicated to championing the legacy of Wangari Muta Maathai and developing courageous and responsible leadership amongst children and youth.

The Foundation invests in Kenya’s future leaders building character, and personal leadership towards achieving a more fair society. Through dialogue and partnerships with a broad range of actors, we work to build social and emotional competencies, empower self development and engender collective action in the next generation. Driving people to take action and solve problems in their own communities, passing on Wangari’s spirit. 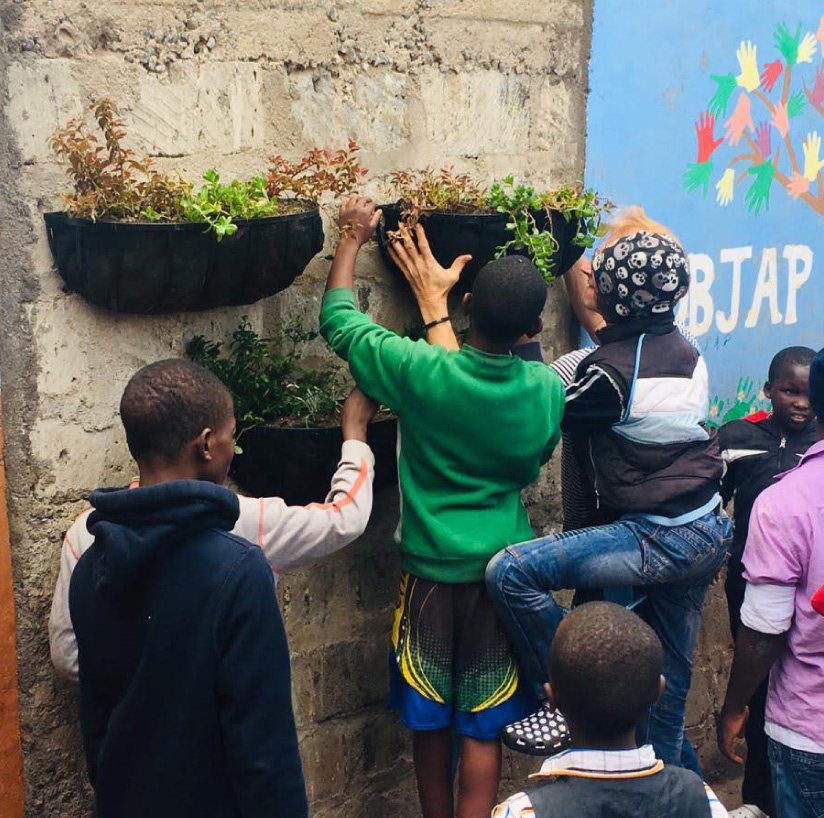 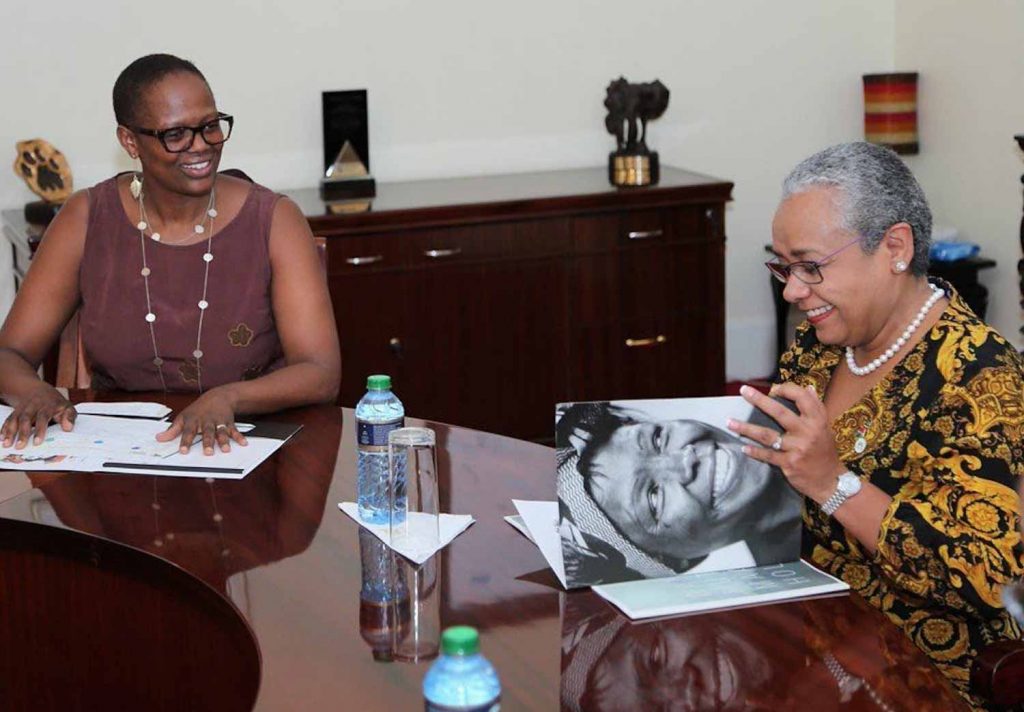 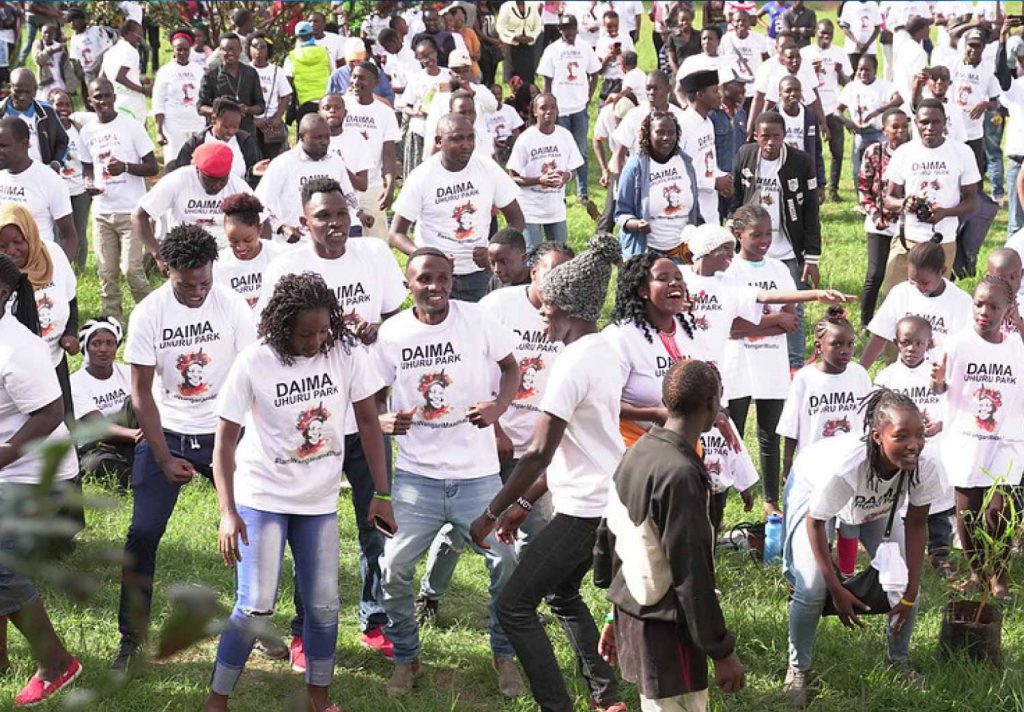 The vision of the Wangari Maathai Foundation is a world in which individuals acknowledge their capacity to be a force for positive transformation, like Wangari Maathai. The Foundation seeks to amplify Professor Maathai’s message by supporting ideas and initiatives that demonstrate that each of us, no matter how small, can make a difference. 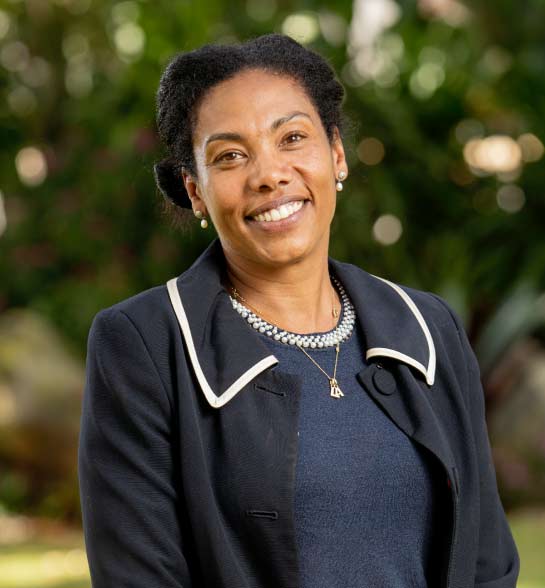 Nicola Hankey, a member of the board, is currently serving as Interim Executive Director.

Nicola Hankey is a social entrepreneur and communications specialist. Nicola worked as Head of PR for Barclays Wealth and as a senior account director at Hill & Knowlton in London and Nairobi. A serial entrepreneur, she founded Urban Artefacts, a social impact focused SME based in Kenya working with artisans, designers and local brands. She is also founder of Silver Acacia, a communications consultancy serving high-growth ventures and non for profit organisations. Nicola received her under-graduate degree in History from Queen’s University in Kingston, Ontario. 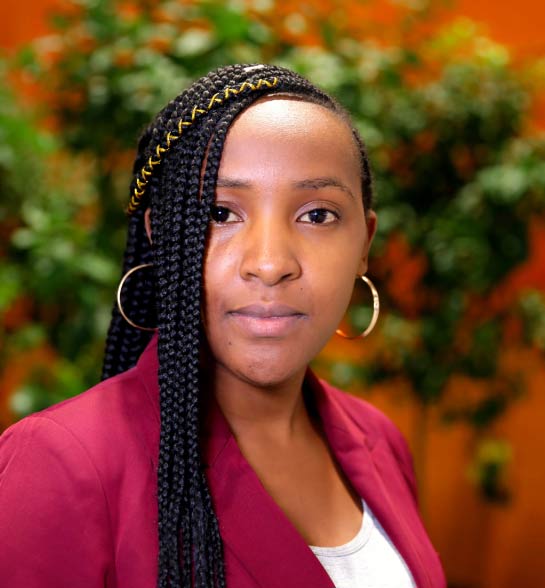 Elizabeth Wathuti is a celebrated 24 years old environmentalist and climate activist. She is the fourth recipient of Wangari Maathai Scholarship Award and founder of Green Generation Initiative (GGI). She is a member of The Greenbelt Movement, board member of the Elephant Neighbors Center and a youth council member of the International Reserva: The Youth Land Trust. Elizabeth is also a UN young champion of the earth and a commonwealth youth awards finalist. She raises environmental awareness through her social media platforms and has showcased her climate action solutions in over 10 high level international conferences such as; Global Landscapes Forum in Germany, 12th International seminar on sustainable regions in Spain and also the UNFCCC resilient frontiers conference in Songdo, South Korea. 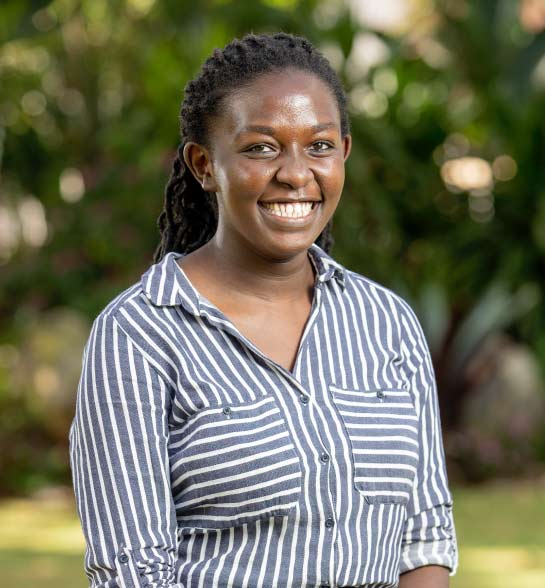 Irene Kerubo is an administrative and new media young professional with seven years of professional experience in NGO and private sector management. Irene is currently the Program Officer for the Wangari Maathai Foundation. 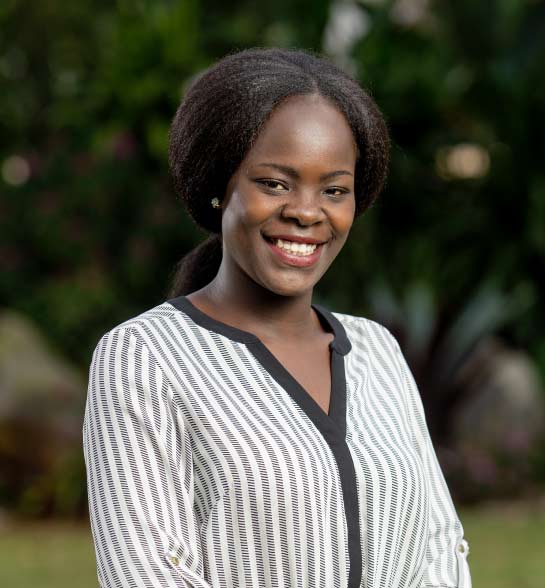 Mercy Otieno is part of the communication team at the Wangari Maathai Foundation. She holds a degree in BAs. in public relations from Daystar University. She has worked before with Philip Ennis Production, a production company based in the U.S as a script producer. 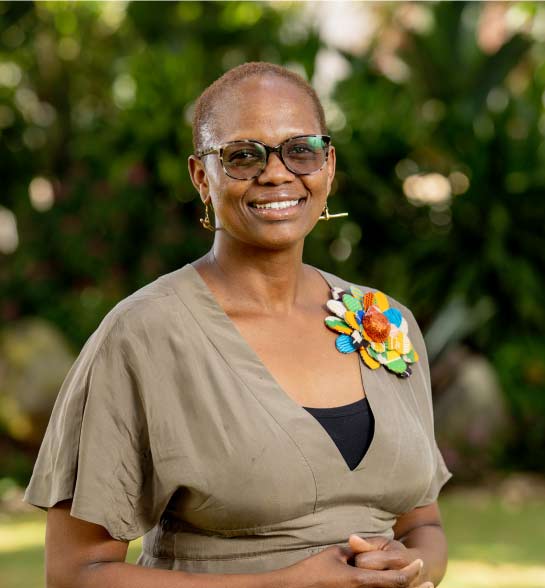 Wanjira Mathai is Vice president and Regional Director for Africa at the World Resources Institute. Previously served as Sr. Partnership Advisor, Strategy and Advocacy at wPOWER – Partnership on Women’s Entrepreneurship in Renewables and WRI’s Senior Advisor to the Global Restoration Initiative. She is the current chairperson of the Wangari Maathai Foundation and the former Chairperson of the Green Belt Movement in Kenya. She sits on the Boards of the Wangari Maathai Institute, and the World Agroforestry Agency (ICRAF). She is an advisory council member of the Global Alliance for Clean Cookstoves, co-chair of the Global Restoration Council, and a member of the Earth Charter International Council. Honored to be one of a few Six Seconds EQ Practitioners in Kenya and was one of the 100 Most Influential Africans in 2018. She holds degrees from Emory University’s Rollins School of Public Health and Goizueta School of Business. 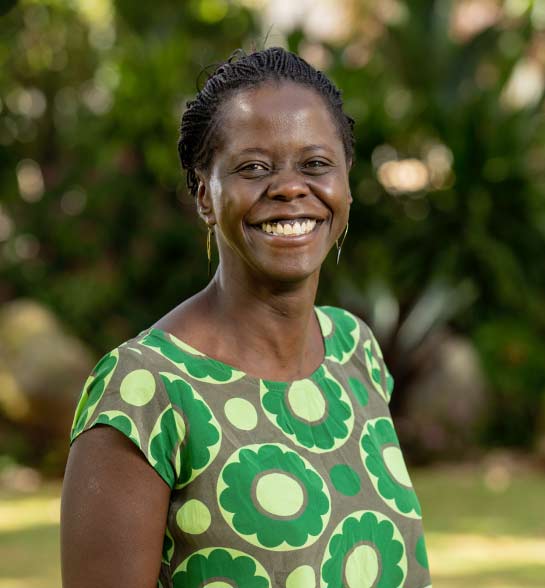 TECHNICAL LEAD FOR AFRICA FOR THE CENTER FOR REPRODUCTIVE RIGHTS

Atieno is the Technical Lead for the Centre for Reproductive Rights. She was previously the Chief of Party (Kenya) for Public International Law & Policy Group (PILPG) a global pro bono law firm that that provides legal assistance to states, governments and civil society organizations.  Before taking up her position at PILPG, Atieno worked for the Chief Justice of the Supreme Court of Kenya.  Prior to joining the Supreme Court of Kenya, Atieno worked on immigrant and human rights issues in Washington State at Microsoft Corporation, Northwest Immigrant Rights Project and Columbia Legal Services.  Atieno received her undergraduate degree in History from Rice University in Houston, Texas and her law degree from Tulane University School of Law in New Orleans, Louisiana. 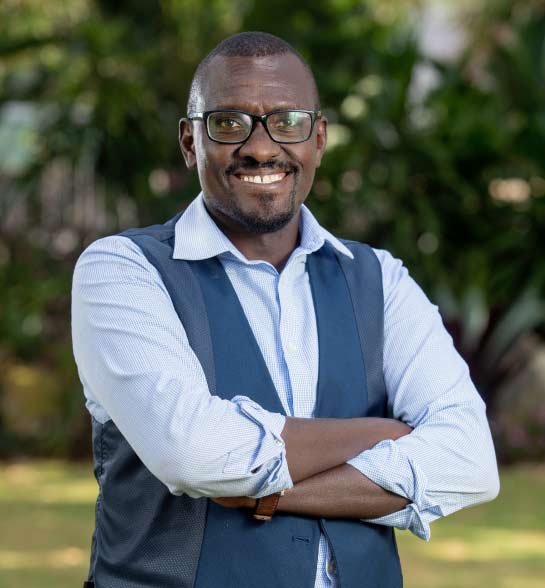 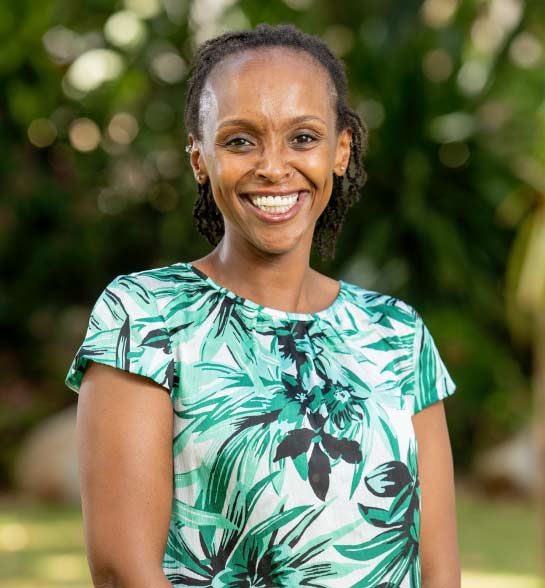 Sheila Kahaki Muindi is the Executive Director of Daykio Plantations Ltd, a real estate firm in Nairobi. Prior to joining Daykio, Kahaki worked with Family Bank Ltd in the Human Resources Department as a Senior Human Resources Officer in charge of Staff Benefits. Kahaki is a Hotelier by profession, having undertaken a Bachelors of Business Administration with a focus in Hospitality at the Les Roches International School of Management, Switzerland. Kahaki worked in the Hotel industry for 5 years in both Switzerland and Florida USA. Kahaki is an Alumni of the Fast Forward Leadership Class (2013) with Sunny Bindra one of Kenya’s leading management consultants.

Kahaki sits on the Board of Dhamana Insurance Agency, and is the Chairperson of the Family Bank Staff benefits retirement Scheme. She is also an advisory member of One Lamb, a non for profit organization that works with marginalized communities to end child prostitution.

Nicola Hankey is a social entrepreneur and communications specialist. Nicola worked as Head of PR for Barclays Wealth and as a senior account director at Hill & Knowlton in London and Nairobi. A serial entrepreneur, she founded Urban Artefacts, a social impact focused SME based in Kenya working with artisans, designers and local brands. She is also founder of Silver Acacia, a communications consultancy serving high-growth ventures and non for profit organisations. Nicola received her under-graduate degree in History from Queen’s University in Kingston, Ontario. 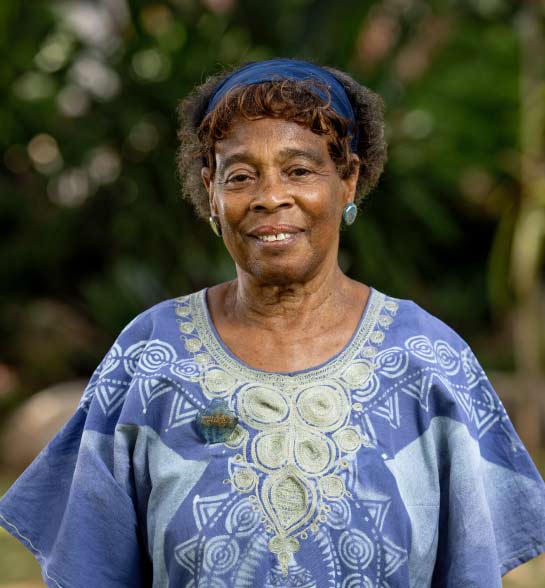 ASSOCIATE PROFESSOR OF BIOCHEMISTRY AT THE SCHOOL OF HEALTH SCIENCES

Associate Professor of Biochemistry at the School of Health Sciences, University of Nairobi. Graduated with BA and MSc Degree from the University of Pennsylvania (USA) and holds a PhD from New York University. She serves as a member of the Board and Honorary treasurer at the Green Belt Movement. 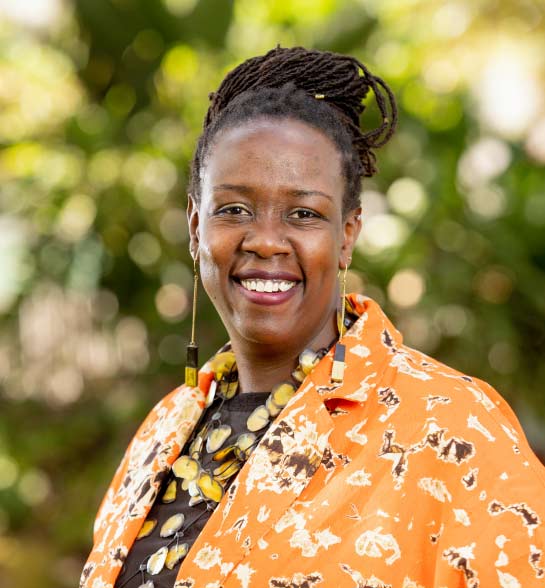 Dr. Wanjiru Kamau-Rutenberg is the Director of African Women in Agricultural Research and Development (AWARD). She is a 2018 Tutu Fellow, has been honored as a Champion of Change by the Obama White House, named one of the 100 Most Influential Africans by New African magazine, recognised as a Ford Foundation Champion of Democracy, awarded a United Nations Intercultural Innovation Award, & named one of Kenya’s Top 40 Women Under Age 40.

Dr. Kamau-Rutenberg holds a PhD & Masters degree in Political Science from the University of Minnesota, a Bachelors in Politics and a Doctorate of Humane Letters (Honoris Causa) from Whitman College.

She serves on the Selection Committee of the Africa Food Prize & is a member of the Malabo-Montpellier Panel, a high-level panel of independent experts supporting African governments & civil society identify & implement policies that enhance agriculture & food security. She also sits on the Board of Twaweza, East Africa’s largest public and policy engagement platform.

Prior to AWARD, Dr. Kamau-Rutenberg founded and was Executive Director of Akili Dada, an award-winning leadership incubator that invests in high-achieving young women from under-resourced families, who are passionate about driving change in their communities.

Dr. Kamau-Rutenberg was also an assistant professor of Politics at the University of San Francisco & a lecturer in International Relations at the Jesuit Hekima College, a constituent college of the Catholic University of Eastern Africa. Her academic research and teaching interests centered on African politics, gender, international relations, ethnicity, and democratisation, and the role of technology in social activism. 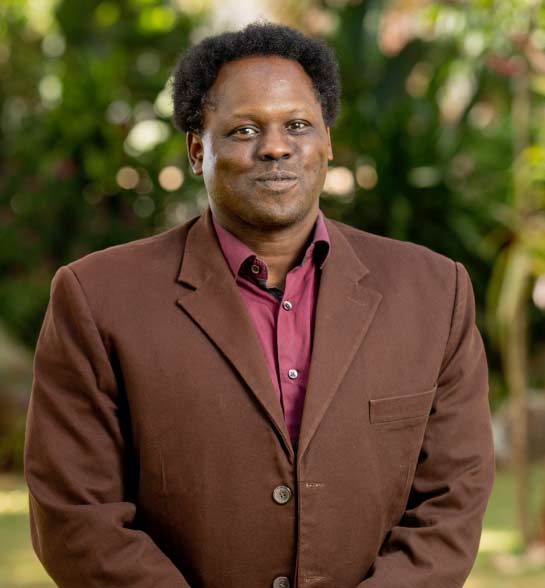 Waweru Mathai is an Attorney at Law and the Founder member representative of the Wangari Maathai Foundation. Waweru received his Bachelor of Science from Morgan State University, his Masters in Chemistry from Drexel University and a Law Degree from New York Law School.  He is also the son of the late Wangari Maathai.